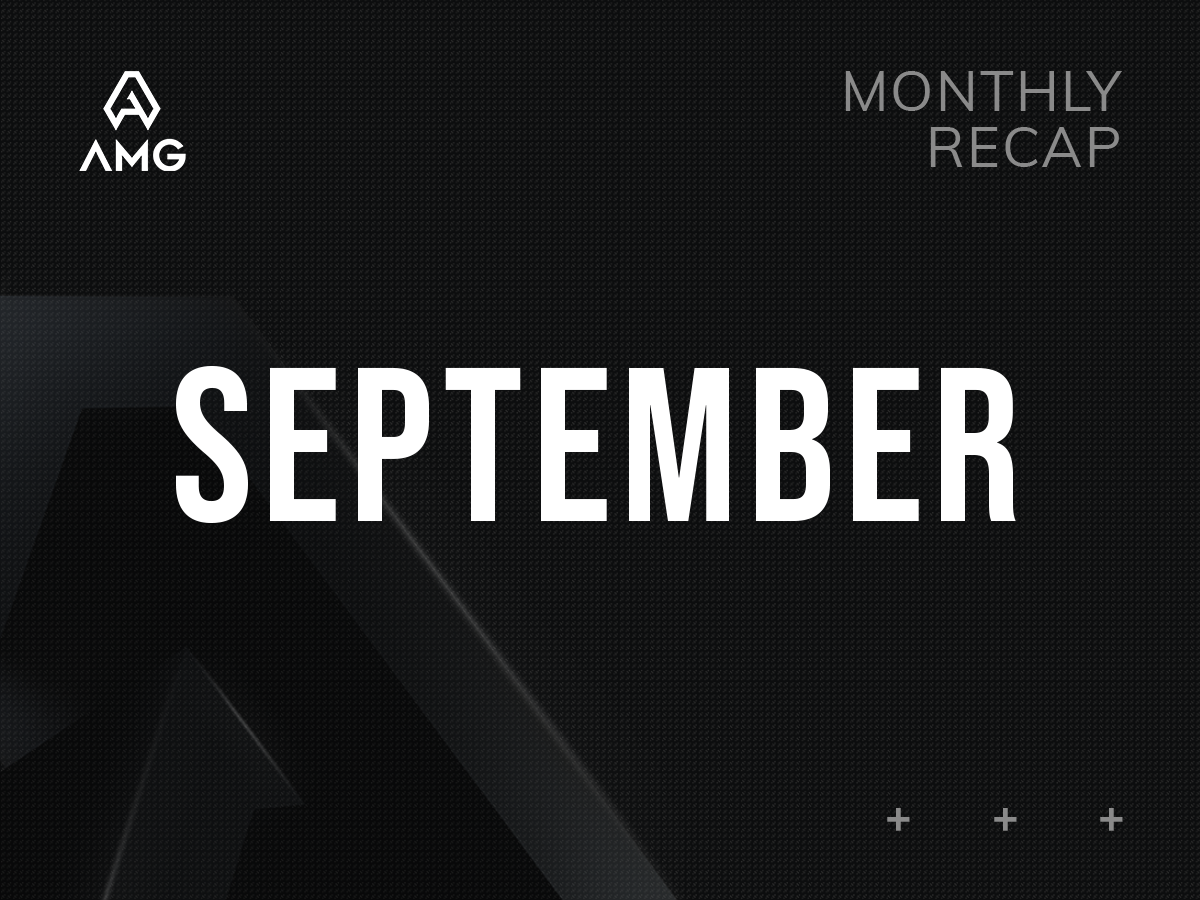 Aftershock Media Group was nominated as a “Supporting Service of the Year” finalist and listed among the world’s top gaming talent agencies!

August and September at AMG were full of excitement! Not only were we nominated as a finalist for “Supporting Service of the Year” by Esports Awards, but Business Insider listed us among the world’s top gaming talent agencies. To top it off, we hosted several successful events and reached a massive milestone in signing our hundredth influencer!

AMG in the News

Kicking things off, we are unbelievably proud of our team for being recognized as a top gaming talent agency in the world by Business Insider.

Aftershock Media Group was selected as a finalist for “Supporting Service of the Year” by the Esports Awards for the second year. We are incredibly grateful for all the continued support from our talent, clients, and staff, without whom it would not be possible. Voting is still open on the Esports Awards website, so be sure to get your vote in today!

Supercell outdid themselves again this year with Clash Fest, the Clash of Clans, and the Clash Royale League (CRL) World Championships. Our very own Rich Slaton, alongside JuicyJ and ah craaaap, cast for the CRL event and CarbonFin Gaming, on the Clash of Clans side. The event ran over three days.

We want to give a huge congratulations to Mohammed Light, the Clash Royale League Finals winner.

On Thursday, August 25, 2022, AMG hosted a charity, Fall Guys: Tournament. Our content creators DabPlays, Her Gaming, Elanise, ErnieC3, TheBushka, Prod, and Bailey’s Dad battled it out for the trophy on their live streams! All of the content creators teamed up with AMG staff members, and they competed in duos. GFuel and Stand Up To Cancer sponsored the various viewer prizes, which were up for grabs during streams. The tournament raised a whopping $7,000+, which shows that we can make a difference together! 100% of the proceeds of this event benefit Stand Up To Cancer.

PUBG MOBILE celebrated its 2.2 updates by hosting the Resort Rumble event. The update brought a new map called NUSA, the smallest map featured in the game. In this tournament, 16 popular content creators teamed up with their viewers for a chance to win a share of the $20,000 prize pool! The tournament finals were cast by massive PUBG MOBILE creators Powerbang and Mortal.

Veiled Shot’s creator name was inspired form a character from League of Legends, Vayne. He randomly came up with this name when he started to stream. He’s enjoyed watching many gacha creators over the years, as well as AhnaldT101 and IWDominate. Even though creating content full-time can be stressful and overwhelming at times, Veiled Shot feels blessed to have met some of the creators he watched regularly. He now gets to share content creation and information with them as colleagues.

Darth Microtransaction’s creator name is a play on microtransactions ruining gaming. According to him, he was supposed to destroy them, not join them. He randomly downloaded Star Wars Galaxy of Heroes. He explained some basic stuff, which is how he started mobile gaming and content creation. Mobile Gamer and urzzz inspired him. Darth Microtransaction is thankful for the information, guidance, and help he received from Mobile Gamer, Jgigs and others.

“Your most valuable resource is consistency. Commitment to the job is a big part of what we do.”

ThesaurusPG’s gamer name originally was Thesaurus Rex, a combination of the words t-rex and a thesaurus. He liked the combination of strength/power (coming from the t-rex) and intelligence/erudition (coming from the thesaurus). Unfortunately, some games didn’t allow him to have a space in the player name, so he had to shorten it to something else. He decided to go with ThesaurusPG, where PG stands for Pro Gamer. Still impressed with the general idea that creating game content can be an actual profession, ThesaurusPG had no idea that it would be his day job one day. He works a lot and does not take many days off. Having a daily schedule that he sticks to, including everything from streams to exercise to personal and family time, works best for him. ThesaurusPG’s most valuable resources are his work ethic, passion, and consistency.

“My piece of advice to aspiring content creators is to create content that you think is interesting, not just for the audience but for yourself. The audience can tell if a creator is thoroughly enjoying the games/streams him- or herself. This makes a big difference.”

Thank you for all your hard work during the past year. We wish each of you a happy birthday and a great year!

We wish you a fantastic year that ends with accomplishing all the great goals that you have set! Happy Anniversary!