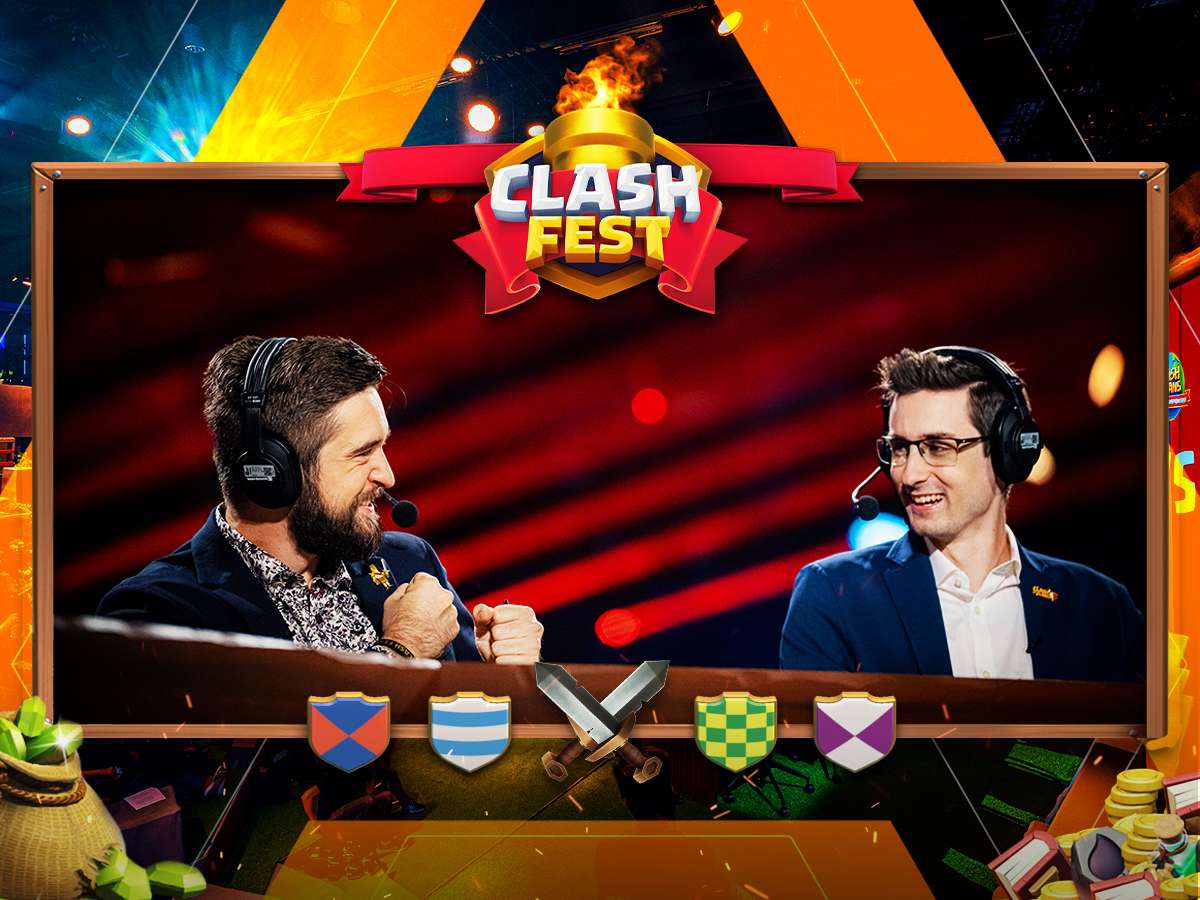 One of AMG’s exclusive talent, CarbonFin Gaming, casted the Clash of Clans World Qualifiers and the World Championship Finals at ClashFest. Carbon spoke to us about his Clash of Clans experience over the last few years.

The Clash of Clans World Championship took place in Helsinki, Finland between September 23rd to September 25th, 2022.Eight of the best teams in the world battled LIVE after many grueling months of competition. They fought for a share of the $1 million dollar prize pool!. Queen Walkers Stephanie defeated Tribe Gaming in a very close Grand Final, winning the World Championship title and taking home $300K. Queen Walkers Stephanie did not only win the tournament, but they were also the most popular team at the event.

CarbonFin started playing Clash of Clans in April 2014. He started live streaming in January 2017 and finally started making YouTube videos in August 2018. He said it was the community that told him to start making YouTube videos because of how insightful he was during his streams. CarbonFin focuses on maxed-out gameplay and helps cast major Clash of Clans events worldwide.

Back in 2017, when CarbonFin started streaming, his goal was to help improve his clans’ attacks. Carbon hated typing paragraphs in the clan chat and wanted to find a way to communicate his attacking tips to his clanmates. So he decided to go LIVE on Twitch and show his clanmate exactly how to execute attacks. Little did he know that other viewers tuned into his LIVE streams to listen in as he talked over his plans. His live streams started to gain a larger following which helped convince Carbon that this could actually turn into something. It wasn’t until over a year and a half of LIVE streaming that his followers convinced him to start making YouTube videos. As a result of this, more and more opportunities opened up for him. He realized then that the content creation hobby he loves so much could actually be something he does full-time.

“I worked a regular nine-to-five job every day. When I came home after work, I’d eat dinner and then kick off the stream for several hours every night. I did this every day. It was the only thing I could think about, even while I was at work”

CarbonFin’s favorite part of being a content creator is seeing the comments from people that enjoy his videos. Seeing how much of a positive impact his content has on his fans, their gameplay, and even sometimes personal issues humbles him. He is grateful to have the opportunity to educate, entertain and be that moment of escape for people.

The Clash of Clans World Championship qualifiers started back in March 2022. The initial events were online, which progressed to the final live event in Helsinki, Finland. Aside from the casting being a lot different in a live event than online, CarbonFin and his co-casters were able to see the set in development. For him, it was like stepping into another world created by SuperCell. What made it even better was the arena’s design, as it promoted interaction between casters, players, and attendees.

“We could see the set in development as it was being produced. It was amazing to see because it was a whole other world essentially.”

The decor teleported everyone in the arena to a “Clash-universe” with seating that looked like grass and rocks on different levels. There were no assigned seats, and people were encouraged to mingle. Many got the opportunity to meet, chat and get pictures with their favorite casters, players, and the Clash of Clans team. What made it even better was that the Clash Royale Championship also took place over the same weekend. So, Clash of Clans fans could also attend those matches later in the day if they chose to.

“We were at the top, looking down, and could see everything. It was an amazing experience to be able to not only cast but also to be there in person. It didn’t feel like a normal esports arena with typical stage chairs and lights, it was impressive to see, and I loved it”

CarbonFin uncannily predicted the winners of many final-day matches, which led to some funny moments during the broadcast. He predicted the GS win over Strut and SpaceStation Gaming (SSG) correctly, as well as the final match going to best of three, among others. He admits that he surprised himself at one point but went with the momentum of what he saw in previous games. His predictions were educated guesses, according to him, with a lot of luck involved as well.

“There’s one point where iTzu said: We really should take a look at what CarbonFin predicted because he’s been getting them all right so far. I remember that was pretty funny.”

So, that said, we had to know who he thinks the top contenders for the 2023 Clash of Clans World Championships are. Having no inside info and being aware that several team adjustments can occur during the lead-up to next year’s event, CarbonFin chooses the Queen Walkers team, followed by Tribe Gaming, SSG (who are now Clash Champs), and MS Esports. Of course, provided that these teams are the same. He is keeping a close eye on team developments and feels Strut will also be a team that could reach the finals again. The top two, in his opinion, will be Queen Walkers and Tribe Gaming having a “rematch,” so to speak, next year.

“For those who are looking to start creating content from scratch, I would say focus on trying to have short-form vertical content be your main form of content and then throw in a long video here and there.”

Lastly, CarbonFin gave some advice to others considering becoming content creators: Focus your attention and content on things that have the potential for growth down the line. For example, he would always advise you to pick Youtube videos over LIVE streaming. Because even though you can improve your skills at streaming, your growth is limited to being live. Whereas, with videos, once you post them, they can continue to gain views and subscribers forever. He also suggests short-form content, as that is the current trend, be it Instagram reels, TikTok, or YouTube shorts. But most importantly, have fun, and be authentic to yourself to avoid burnout.

The Clash of Clans World Championship will be back next year, and we are eager to see CarbonFin Gaming on stage again, confirming the predictions he made today!

*All images supplied by CarbonFin Gaming